I have to tell you. It's been in my mind for at least 7 years. And I'll start here:

As my brother was going on holiday he told me to crash at his house and look after his pets. I did. He gave me the keys to his house, and then moved in for the following week.

At that time I went in his room and unpack. God I wish I stayed home but... I have to tell you what happened. I unpacked and as I went to leave the room something caught my eye. It was a note. It had the following numbers on them:

I was confused at that point. I thought nothing of it and put it back on his bedside table. I think I went to kitchen to get a drink at that point, I'm not too sure it was seven years ago this... Event happened. All I remember was going in the kitchen and then going into his living room to watch some TV. At this point I found another piece of paper. I put it in my pocket this time though.

I got ready for bed and as I got dressed into my PJ's I remember looking out the window seeing some sort of 'youth' run across the road running away from my house. I thought nothing of it. I went to bed, but had the strangest nightmare. I was in a field. I remember the dream too... clear... As if it actually happened. It was still one of the weirdest dreams ever. It was just a normal field, no trees, no path. Just a giant ocean surrounding me. That's all I remember.

I remember getting up and getting ready for college as it wasn't that far from my brother's house. I walked to the door to leave but there was a package. I left it on the seat and left for college. If I remember correctly it had the numbers 6715 written on the box in neat writing. I told my friend Ross about that dream. He just looked at me with a blank face and nodded. I still find that weird, to this day. I wonder what was up with him. I can't really remember more about that day.

The next day however Ross didn't come to college.

Hi. Robbie (my name) It's me, Ross. Listen. I'm so sorry. I don't want to give you this but it's to late now. You're reading the letter. My condolences ~Ross~

I remember feeling light headed at that moment. Sometimes I still randomly feel it.

I stuck the DVD into my brothers brand new PS2. It played. To my surprise it was Ed Edd n Eddy. This is how the episode played out.

It started out with the wacky intro music and the title card be'Edd'ed came up. It started with Edd walking back and forward in his room. Messy messy messy! He screamed out as he was nervously tidying his room. It was very suprising but his room was messy. He heard a knock and just like Season 1 episode 1 he dashed up and down the stairs as the door kept on ringing. He then ignored it the 4th time. Now Edd it's obvious that somebody's playing a trick. Must tidy or poor old mother will ground me. This part disturbed me he wrote on a sticky note and then said the following. Let me see...Why yes father I shall wash your car! He wrote another note and read. Oh certainly mother i will do the laundry. He ran down the stairs and it went black.

It came back on and this time it looked like Edd was in Eddy's bedroom. This time he sat on his bed with a nervous look on his face. One thing I remember is that in the poorly drawn background there was a sort of noose like object. It faded to black and then we were greeted to Ed's room. This time Edd could be seen in the background this time without a face. That's what it looked like to me. He walked up Ed's stairs and slowly closed the door. It panned over Ed's room for a while. It then panned over his bed where a note said 6751. 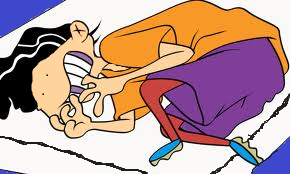 Were then greeted with Double D lying on his bed still with no face. The camera then panned into his face to reveal two black dots. The camera then panned over at Edd's table and there stood three skulls. The first one being the skull that was shown in Episode 1 season 1. The other two were different. One was tall and skinny and looked... Silly. The other one was short and wider looking. It laid on it's side. It then for the final time fades to black.

I got in contact with Ross again. He said that he never sent such thing and that he wasn't feeling that well that's why he was lifeless looking.

My brother was supposed to return a couple of days later but I remember my mother phoning me that my brother was in a mental institute. We sold his house as he wouldn't be returning back there for a long while. I took his pets and looked after them.

I also went to see him a couple of weeks ago before writing this story. He's doing good but he told me to never ever view the full 22 minutes. I only saw 10 minutes. I dread to think what happens next. He still mumbles 6751 sometimes but he's still getting better.

I also took a screen cap of Double D lying on his bed. I still have the DVD but I still refuse to look at the whole episode.

Retrieved from "https://trollpasta.com/w/index.php?title=Edd%27s_Problem&oldid=247593"
Categories:
Hidden category:
Cookies help us deliver our services. By using our services, you agree to our use of cookies.