From Trollpasta Wiki
Jump to navigationJump to search
This is a parody of Gurgles and Bugman. 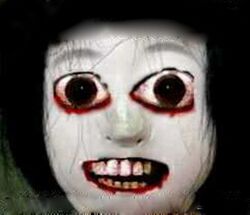 After I was told about how I was shot in the hands and knees for fun as a kid, my parents read to me another horrifying story about my childhood. It is tradition in our household to tell horrifying stories that should be locked away in the back of our minds for fun.

When your five years old, you can't remember anything, as your parents erase your memory at the age of 12 so you can forget the abuse you received as a child. (Author's Note: apparently I was the only one who got this treatment??) This didn't work fully on me, so I remembered some of the story but I didn't remember it fully until my parents told me this fun story at Thanksgiving. I remember now much too clearly, the story of Clown and Cockroach.

I'd just started juvenile detention that year. Every cellmate is fucking rapist, so I had no shortage of friends. But having my knees and hands shot, I couldn't do anything but scream. I fucking screamed like a bitch every day of my life because of the pain.

So I spent my early years mostly doing nothing but being raped and making scary stories about Steve from Minecraft. On the occasion someone actually talked to me, they would offer to turn on the TV I had snuck into the prison. I always said yes, so they would put on a silly TV show.

It was the Clown and Cockroach show.

Clown was, well, a clown -- but not a common one. He wore a fluffy red suit with a shiny red button on it. When he or Cockroach pressed it, it would play the sound of screaming babies. Although I was used to sound of infants being waterboarded, the button intrigued me. Where did he get it? How did it work? These are the questions I asked myself. Clown also had a big red smiling face -- much different than the frowning bored faces of the clowns who worked at the juvenile detention center. He also had a big red nose.

As much as Clown makes me giggle, Cockroach makes me laugh like a baby more, most likely due to his funny name. Like, cockroach, cock? Get it? Ha ha ha ha ha ha. Isn't that funny?

The show itself was much like the Logan Paul channel. They murdered people and recorded their dead bodies and make silly jokes.

When they got to the Japanese Suicide Forest, they would hang the body on a tree and a laugh track would play.

My many friends would complain about this and call it, 'inappropriate,' or, 'disgusting behavior.' Apparently I wasn't the only one who was a big fan of Clown and Cockroach, as some of the other people I knew would defend Clown and Cockroach, saying things like, "That's just how they deal with grief!" or "It's their TV show! You don't have to watch it if you don't want to!"

One day, my TV mysteriously disappeared from my cell. When I asked the cops, they told my five-year-old self that they smashed it on somebody's head to punish them. I screamed into their face in depression; I needed my funny dead body jokes NOW!

But yesterday when we were telling eachother disgusting stories, my parents told me a much different story. It was very funny, almost funnier than the Clown and Cockroach show itself.

Sometime in my first year of juvenile detention, Bob (or as we called him, the fucking cunt), had disappeared. The only evidence was his missing pants, so the local friendly neighborhood rapist was taken into custody as the primary suspect. He denied all the allegations against him, (he said things like, "I didn't do it! Why would I touch that ugly flat ass?!").

That TV in my room apparently was actually a PC connected to YouTube on autoplay. It was constantly playing videos from funny vloggers in alien hats who laugh at dead bodies.

So that's my story of Clown and Cockroach. But I'm not sure if that's really the end though.

And if so, who will have to sit with them on the airplane?

Retrieved from "https://trollpasta.com/w/index.php?title=Clown_and_Cockroach&oldid=248225"
Categories:
Cookies help us deliver our services. By using our services, you agree to our use of cookies.