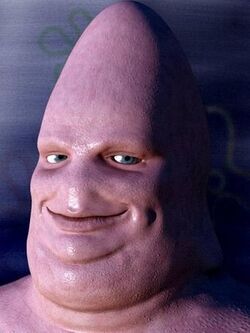 I tried to tell the Us military about who he was but they wouldn't listen because I was only 7 and teenagers are too young to have any say in combat situations. I knew they were right but I had to save the world becuase EVIL PATRIXXX is too strong for any of them so earlier that day I decided to break into the military base, being careful not to make any noise with my feet becuase there is a guard right in front of me. "this will show them for ignoring me" I thought out loud, as I quitely sneaked past the guard without so much of the merest of sounds.

I finally managed to get to the computer where all of the Us military things happened but Obama was there so I had to put on a really high voice and say "Obama, this is your wife and its' time for dinner"

I knew I was done for if I didnt move so I jumped out of the way before a missile flew out of the disk drive and blew up a door. "oh shit" I whispered to my self but the guard heard it and shouted "Who whispered 'oh shit'?" I said it was me and EVIL PATRIXXX will kill you if you don't move but he didn't move instead he shot me and EVIL PATRIXXX shot another missile and blew him up. "noo" I shouted so the guard got up and said "I'm sorry for shooting you" and I said "its ok" and then he died.

You will pay for this EVIL PATRIXXX I though but then he disappeared.

Later I got on a plane with a robot arm becuase the guard who shot me made my arm fell of so I got an robot one which has missiles and guns and lasers and swords on it. When the plane went over the Isis base I jumped out and landed on the Isis base with my arm becuase it's metal and doesn't take fall damage. "You will pay" I said and killed all of the terrorists and Isis and some women and children because they were probably going to die anyway but EVIL PATRIXXX got on a plane and flew away into the twin towers so I thought "phew he's dead" and went home.

Retrieved from "https://trollpasta.com/w/index.php?title=EVIL_PATRIXXX_JOINED_ISIS&oldid=242045"
Categories:
Cookies help us deliver our services. By using our services, you agree to our use of cookies.