Deadline 154 is a creepypasta

Its a stairwell and a game falls

Deadline 154 is a endless

stairwell if someone finds the exit

but if they got attacked they did not survive

there is a builderman maniac that is waiting for you There is a builderman hat that if anyone survives then they are lucky Chapter 1: Beginning It was a random day playing roblox i played flood escape 2 with my friends there was no one there while loading into a map the game was tilting and the flood was on the right side because the game was tilted over then i fell into the flood a message popped up and readed as ' "Your are not really a good player ha?"

Seems to be seen in roblox creepypasta wikia

So i reach floor 90 it was very boring so i found a hole on a brick and there was a code the code was 4994 so i reached floor 100 there was a code pad so i put 4994 in it and a crushed metal crushed on me so thats why so my mom said i have to go to bed but i did not so i played for 3 days Chapter 2: Day 2 reached day 2 so i was very tired and it was saturday i reached for 115 floors somehow a figure can be seen down the stairs so i go down there but it was just a guest standing a npc guest So i was in a maze for 4 hours a sound from a builderman maniac can be heard so i reach the exit also on 11:08 i have to go to bed but 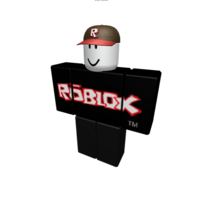 Retrieved from "https://trollpasta.com/w/index.php?title=Help_Roblox_Games&oldid=285786"
Categories:
Cookies help us deliver our services. By using our services, you agree to our use of cookies.