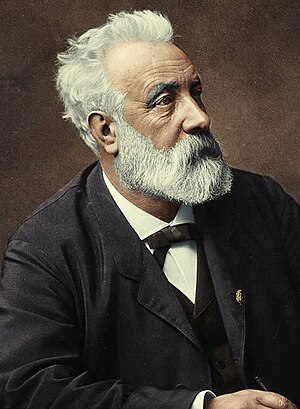 Verne's reaction to this horrible thing.

So one day, I was walking around some Walmart and I eyed upon one beautiful sight. It was Over The Hedge 2, a sequel to my absolute favorite movie.I grabbed the only copy before anyone else could.

The case was red, and there was a tear in both of Verne's eyes (Which I didn't notice until I got home). I zipped to the cashier and put it on the conveyor belt as fast as I could (The store was about to close) and it came up as $0.00. I didn't read enough Creepypastas to avoid that little trick, so I got it.

When I got home, I scurried to the DVD player, and looked at the case. I noticed the Red cut in both of Verne's eyes as he was smiling and giving 2 thumbs up, The fact that heather was missing from the cover, and that R.J's eyes were angered. I was guessing that someone accidentally torn the cover, and that DreamWorks couldn't put heather in for whatever reason, but I was still suspicious of R.J's eyes.

When I popped in the disc, there were no commercials, but instead a black screen with the giygas theme playing for 2 minutes, and then it went to the title screen, which nearly gave me a heart attack.

It was the same title screen, but all the bags were torn open, the glass was cracked, all of the price tags were $6.66, the Bee was laying down dead with a butcher knife in its belly.

The shrek3 trailer bag had Slenderman on it. The music was remixed in G major, the "Hammy's boomerang adventures" bag had no hammy on it (And no text either), and when the truck drove by, you could hear the truck's noise. Then a screeching, a girl screaming and then a crash.

I chose to start the movie, then There was the old DreamWorks opening (even though I saw no DreamWorks logo on the case) but I paused the movie, looked at the case, and saw a normal back, but due to the blood stain making the words:

"HELP ME! I WAS TOO WEAK TO STOP IT, PLEASE DON'T POP IN THE DISK!"

I only saw "The cast is back in ano."

I expected this to be a sick joke, and someone hacked the title screen.

As I heard the clicking of the coins and the buttons, I saw the vending machine with heather's head in the first slot. the price tag said:

"You're dead, little girl" (Which I hoped referred to Heather, because I wasn't a girl, and I as nowhere near little) and it got stuck before falling, and R.J yelled:

"NO! THAT FRESH MEAT WAS JUST"

As he banged the machine, he continued "SITTING, RIGHT, THERE!", and everything after that was normal.

Until he saw Vincent's cave

"I CONTROL OVER YOU, YOU CANNOT MAKE YOUR OWN CHOICE!"

R.J, Crying, went up near Vincent's cave. That part when he hit the "Do not feed the bear" sign, he looked up, and I just saw some red legs, and I heard R.J screaming, and some biting, and some evil laughter.

Me, scared out of my skull, I reversed to see what killed R.J, and it was a red demon with a key (I expected it to be R.J's "Captor")

Next was the bark scene, which was normal, but when the porcupine father gave his children the bark, the children rejected it as usual, but said nothing.

When verne brought the sticks to the log, he grabbed some bark, but it wasn't bark, it was instead a hand, still moving. Every time Verne took a bite, the hand stretched it's fingers out.

After awhile, the scenes got more and more distorted. Eventually, verne went over the hedge, and R.J was standing in front of Verne. Which was strange because R.J got killed. R.J grabbed Verne by the neck, and tied him to a rocket, and basted him off into the sky. It didn't show what happened afterwards though.

R.J entered the hedge, and everyone was excited, and group hugged him. But he said "Goodbye weaklings!" and took out a chainsaw, and killed all the animals. Besides the porcupine children, who were too short for his chainsaw.

Eventually, the screen was blood red, and R.J appeared saying. "Whoever was foolish enough to watch this movie will go with the other fool that watched this!"

I got so scared that I threw the disc out the window, and buried it so it would never be seen again. I also broke the case, and put my Over The Hedge items in a box for three weeks, because I was too scared of Over The Hedge because of that movie.

Today, I watched Over the Hedge, remembering that moment, which is why I'm posting this.

Retrieved from "https://trollpasta.com/w/index.php?title=Over_the_hedge_2&oldid=274230"
Categories:
Cookies help us deliver our services. By using our services, you agree to our use of cookies.