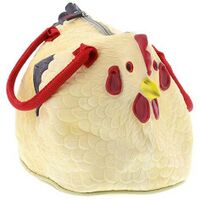 Love is merely a social construct. With the average human life-span being roughly 70, you only have to endure another 50 years of excruciatingly unforgivable pain.

PeriTHOT is a product of hell on Earth.

If you don’t know what a Hen Bag Handbag is then you are and always have been a waste of life since the day that your mother shit you out in a public restroom. I used to have one. I used to have it and I used to pour milk on and suck the milk back out of and it was sopping wet all the time.😭 I used to slam it against walls and it would make a loud thud.

If you want love, then you gotta be 12 years old. One time when I was 12, Jschlatt went through my bedroom window and kissed me on the cheek and it made me feel better. I know I already said that Fortnite from Epic games did the same thing but that’s because a lot of men kissed me back then. Sonic.EXE is the only guy who didn’t. Sonic.EXE’s credit score is 5. What a loser. Hen Bag Handbag is actually the zodiac killer and none of you dumbasses realized despite how obvious it is. No one would expect a (sexy) handbag to kill. But it did.

So I bought Danimals Paw Patrol Edition and with Danimals, you drink it, right? Why they’d give me an MRE pouch? This is like what they give to people when they have a terminal illness. Paw Patrol, why you give me a pouch? I buy this to drink. It’s just not good. It’s not the same. I don’t like Paw Patrol one bit. Hen Bag Handbag treat me better.

Also, I’m an intern at Nickelodeon and I found VHS tape tilted “SpongeBob Hen Bag Handbag”. This was scary. Only I know about Hen Bag Handbag. Which one of you rats already read my story before I even published it? I put the tape into my DVD player and the episode started. There was SpongeBob saying in spanish “ The phrase "it's just a game" is such a weak mindset. You are ok with what happened, losing, imperfection of a craft. When you stop getting angry after losing, you've lost twice. There's always something important to learn, and always room for improvement, never settle.”

Spongebob wouldn’t say that! In fact, one time when I was 12-

Written by PeridotAmethyst
Content is available under CC BY-SA

Retrieved from "https://trollpasta.com/w/index.php?title=PeriTHOT_Hen_Bag_Handbag&oldid=274605"
Categories:
Hidden category:
Cookies help us deliver our services. By using our services, you agree to our use of cookies.