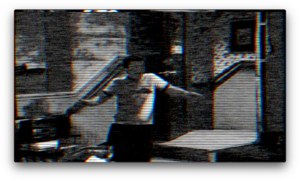 Hi. My name is Splaat.

I am 21 years old. And today we will tell you the lost episode of Drake and Josh.

The episode started. It was the sequence. But it was weird. First, It was slient. 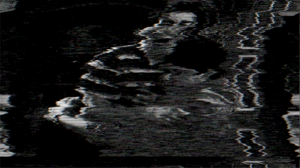 Screenshot of the image.

Second, it was grey instead of the colour.

Third, It was glitchy.

I skipped the sequence because budget cuts. It shows the house. It was JUST silent.

I skipped. I heard Drake's scream. It was slow. It was tracking.

It cut to the intro. But it was red and black.

1st, The music is slow and reversed.

3rd, It was glitching.

4th, the arrows were gone.

5th, the text was weird.

When it ended, it cut to Drake's room. Drake was making a song.

His mom was here. The episode is STILL silent!

I skipped the whole thingy.

When Walter threw the ball, He broke the lamp! It cut to black.

I skipped. It showed Drake in his room. He screamed at Josh that he killed Megan.

He screamed loud. It cut to black. it showed the noɘbolɘʞɔiИ logo.

What happened to the episode:

When I wanted to watch the episode, it never showed up.

They got rid of it. Not anymore! Someone reuploaded it!

I liked it, downloaded it, and saved it as .avi.

Do not watch that episode.

Retrieved from "https://trollpasta.com/w/index.php?title=Drake_and_Josh_-_Lost_Episode&oldid=250397"
Categories:
Cookies help us deliver our services. By using our services, you agree to our use of cookies.