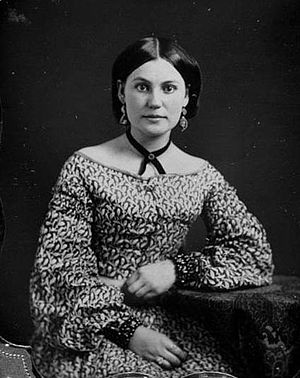 Margret Harriet Tubatwood was a normal woman with many normal fancies, but there were some things that made her odd. For instance, she liked to wear belly-dancer clothes and drink orange or grape soda and listen to Ke$ha music while she hacked captured children apart with a giant meat cleaver in her basement, but you aren't supposed to know that yet.

The first vagina from which she bursted forth belonged to her mother, Gloria Gaynor, a middle-eastern woman from the south of Canada. Technically, she murdered her own mother because Gloria couldn't get to a hospital, so she had to bust open her vagina in the middle of a blizzard outside because she also didn't have a house, so she gave birth on someone's porch, and when Margret popped out, Gloria bled to death on the icy pavement, but it was alright because her body was covered by the snow, so nobody every found her.

The second vagina belongded to SATAN!

So Margret lived the rest of her days in whorish infamy, and the memories of those delicious but annoyingly squishy children still haunt her to this day, and when she has sex with her johns, all she can think about is all the blood from those children, and she bleds all over them, and they say

"What the hell, bitch, why you bleed all over my penis?"

and then they say

"Shut up and pop dat pussy,"

Retrieved from "https://trollpasta.com/w/index.php?title=Margret_Harriet_Tubatwood&oldid=243735"
Categories:
Cookies help us deliver our services. By using our services, you agree to our use of cookies.